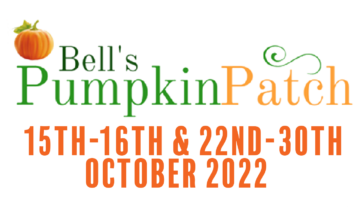 Bell’s Pumpkin Patch in the Press

As seen on Zoella.co.uk’s ’11 Pumpkin Patches to visit in the UK’

“One of the biggest PYO patches in the UK and harvesting over 1 million pumpkins each year, Bell’s Pumpkin Patch in Lincolnshire welcomes tens of thousands of visitors a year and has everything you need for a wholesome day out. Perfect for those with little ones (or anyone wanting to embrace their inner child) Bell’s has a maize maze, assault course, face painting, tractor rides and food and drinks area (with a cocktail menu FYI, major selling point) in addition to their perfect pumpkins and gourds which you can carve onsite too. Also home to Britain’s Biggest Pumpkin Cannon, join the team as they fire pumpkins across the open fields to raise money for some seriously inspiring charities.”

Featured on Where to Go With the Kids Blog & Youtube Channel

As featured on She’s A Gentry Blog

“As you can see the displays are just beautiful! They make for the perfect photo opportunity, with lots of families posing in front of displays with their families and even couples with their doggos!”

As featured in Lincolnshire World

As featured in The Daily Mail